< A Care For Every Child - Progetto Comenius Regio

The general aim of the project is to draw attention on high risk school leaving children living in highly deprived socioeconomic territories (here Napoli and Albacete).

The starting point is a model of investigation carried out in the elementary and secondary schools of Scampia and of the Municipalities of Napoli. The investigation permitted to collect data from 2007 and 2012 on a major problem of the territory: the intermittent attendance.

The findings of the investigation highlight that the intermittent attendance is a warning signal of the early school leaving particularly high in Campania in a significant way (23,1%). The transfer of the model of investigation to the Region of Castilla-La Mancha (early school leaving equals to 30,1%). The Consortium, and in particular, the contribution of partnership organization will be to single out the socioeconomic factors for the intermittent attendance. The idea is to raise awareness in order to enact policies of prevention already at the elementary school, and to pave the way for the implementation of effective early waring systems. 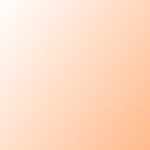